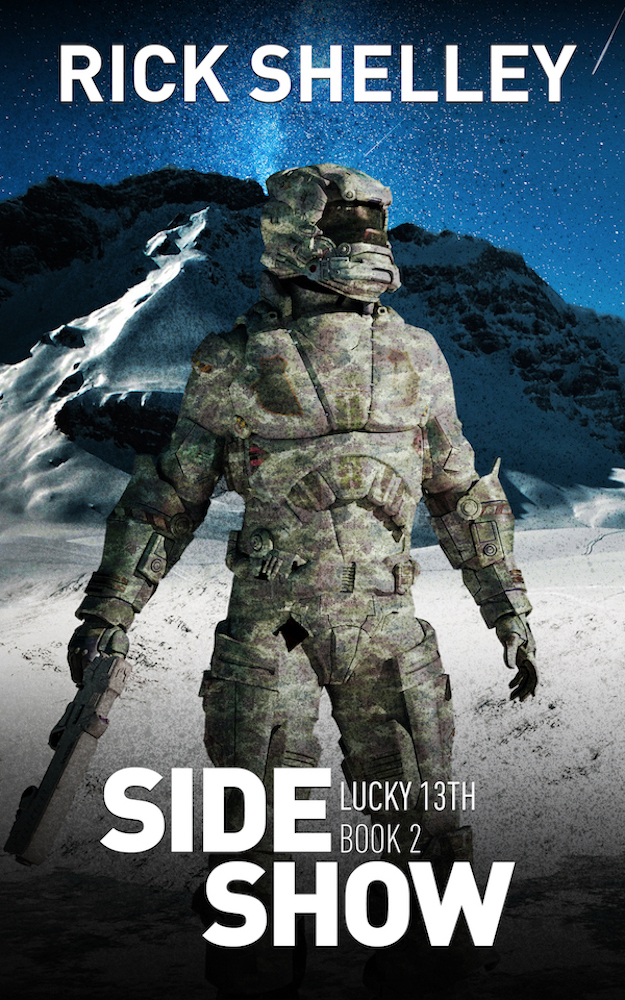 Rick Shelley continues the adventures of the hard-fighting Lucky 13th Spaceborne Assault Team in an action-packed military sci-fi novel that sends a small force of fighters on a mission that takes them into territory more hostile than they could ever know....

The planet of Jordan has become a hellscape of blood, violence, and ever-present death. The world had been conquered by the brutal Schlinal Hegemony years ago. But now the Accord of Free Worlds has decided to make a determined push to retake the territory they have lost to the enemy.

Now, as the battle reaches a lethal stalemate, Sgt. Joe “The Bear” Baerclau and his 13th SAT receive orders to leave their perimeter and venture into the wild. Their target: a secret science lab that was in place before the Schlinal invasion. Their orders: find the scientists if they survived and return them to Accord lines. And if that’s not possible—kill them and destroy all evidence of the lab.

Now, Bear and his team must fight a running battle across dangerous unknown territory in search of a covert facility that may or not hide a dreadful secret. Even more lethal than the landscape is the equally skilled Hegemony force that’s hot on their trail and eager for the kill.

But for the Lucky 13th, that’s just another day on the job…