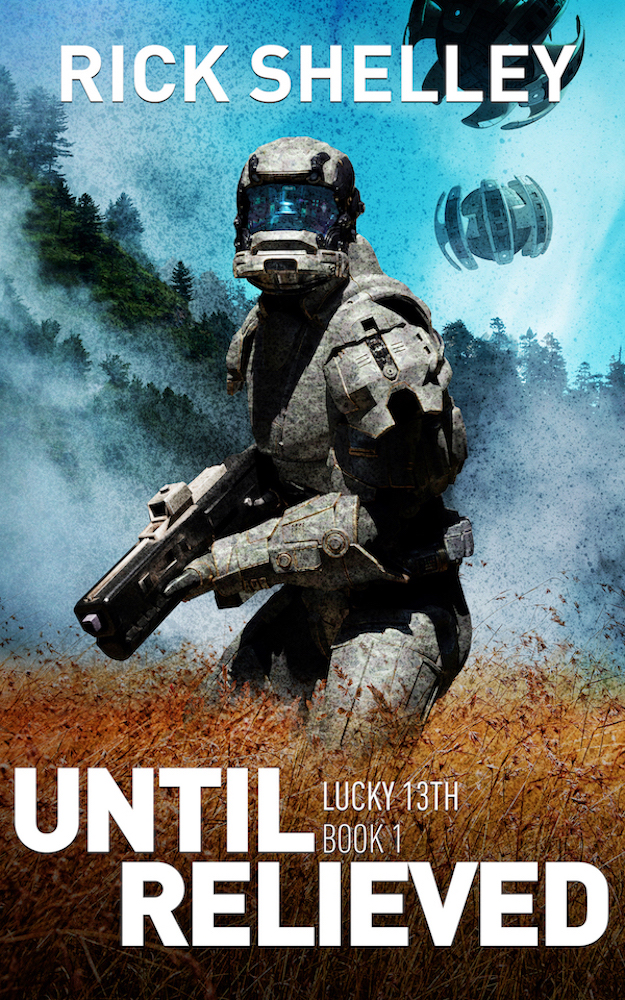 The first thrilling novel in Rick Shelley’s sci-fi military action trilogy following the exploits of The Lucky 13th—in which a simple diversionary tactic may well end in the death of every soldier in the outfit.

Three thousand years ago, humanity expanded its presence by settling hundreds of worlds across the galaxy. Yet even as technology allowed them to boldly travel light years, the nature of humanity changed very little. Over time, countless regimes and governments rose and fell in a quest for power. In the end, only two remained—the industrial dictatorship of the Schlinal Hegemony, and the feudal-based Dogel Worlds. The last independent worlds of the Terran Cluster finally united as the Accord of Free Worlds—and fought back against the conquerors as no one had before.

So, the war continues…

When the Schlinal Hegemony goes on the offensive, the Accord decides to send their forces to several other planets to disperse the Hegemony forces. The planet Porter is where Sgt. Joe Baerclau and his 13th Spaceborne Assault Team are deployed. Unfortunately, what begins as a holding action soon becomes a brutal battle against a relentless foe. And it soon becomes clear that they only have three options left: keep the enemy at bay until backup arrives, hope the enemy decides to quit the fight in frustration, or be buried on Porter…