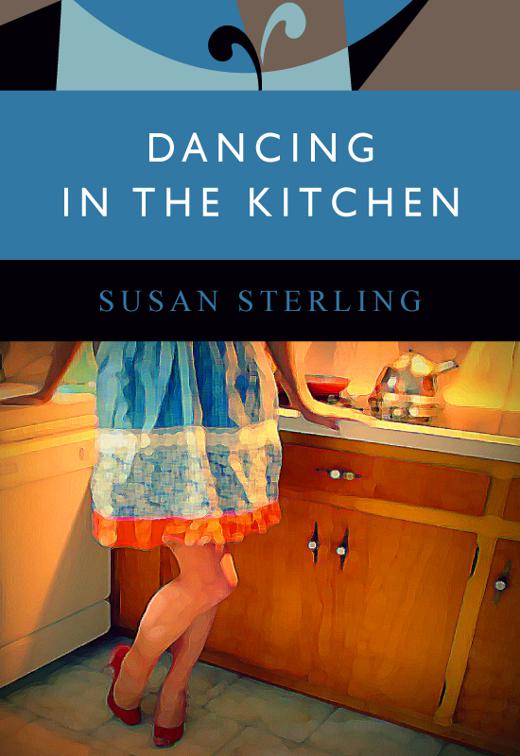 Dancing in the Kitchen

Dancing in the Kitchen explores the unraveling of secrets in a New England family after the unexpected death of the father. The story is set in the fall of 1989 in a mill town in Maine, a New Hampshire village, and the Midlands of England. It is narrated alternately by the grown children—Annie, a minister's wife who has fallen into a troubled affair with her husband's best friend, and Rob, a labor historian who resists his sister's interpretations of their shared past even as his own relationships become complicated by emotional legacies and a mysterious stranger.

Returning to her childhood home in Three Rivers, Maine, two months after her father’s death, Annie struggles to understand the past, certain that in its mysteries lie the answers to her present dilemma. An artist and the mother of a four-year-old daughter, she finds herself caught between a faltering marriage and an affair that has rekindled her long dormant passion for painting.

The central dilemma for all the characters is whether they will follow their passions and actively seek out joy in their lives, or stay in honorable but at some level loveless relationships. Grief impels them into risky territory, and their choices are complicated. There is inevitably an emotional price to pay, as Annie has always known and Rob belatedly realizes.

Susan Sterling’s stories and essays have appeared in The New York Times, Best American Sports Writing, Down East, and various journals and anthologies including A Healing Touch: True Stories of Life, Death and Hospice, edited by novelist Richard Russo (Down East Books, 2008). Her essay “Radiation Blooms” received the 2005 Literary Nonfiction Prize from Crab Orchard Review and was listed as a notable essay in The Best American Essays 2007. She holds degrees from Wellesley College, the University of California at Berkeley, and the Warren Wilson MFA Program for Writers and has taught at Berkeley and at Colby College.

She lives in Waterville, Maine with her husband and their shelter dog and continues to explore issues that engage her—friendship, families, grief, and unruly dogs—in her writing.