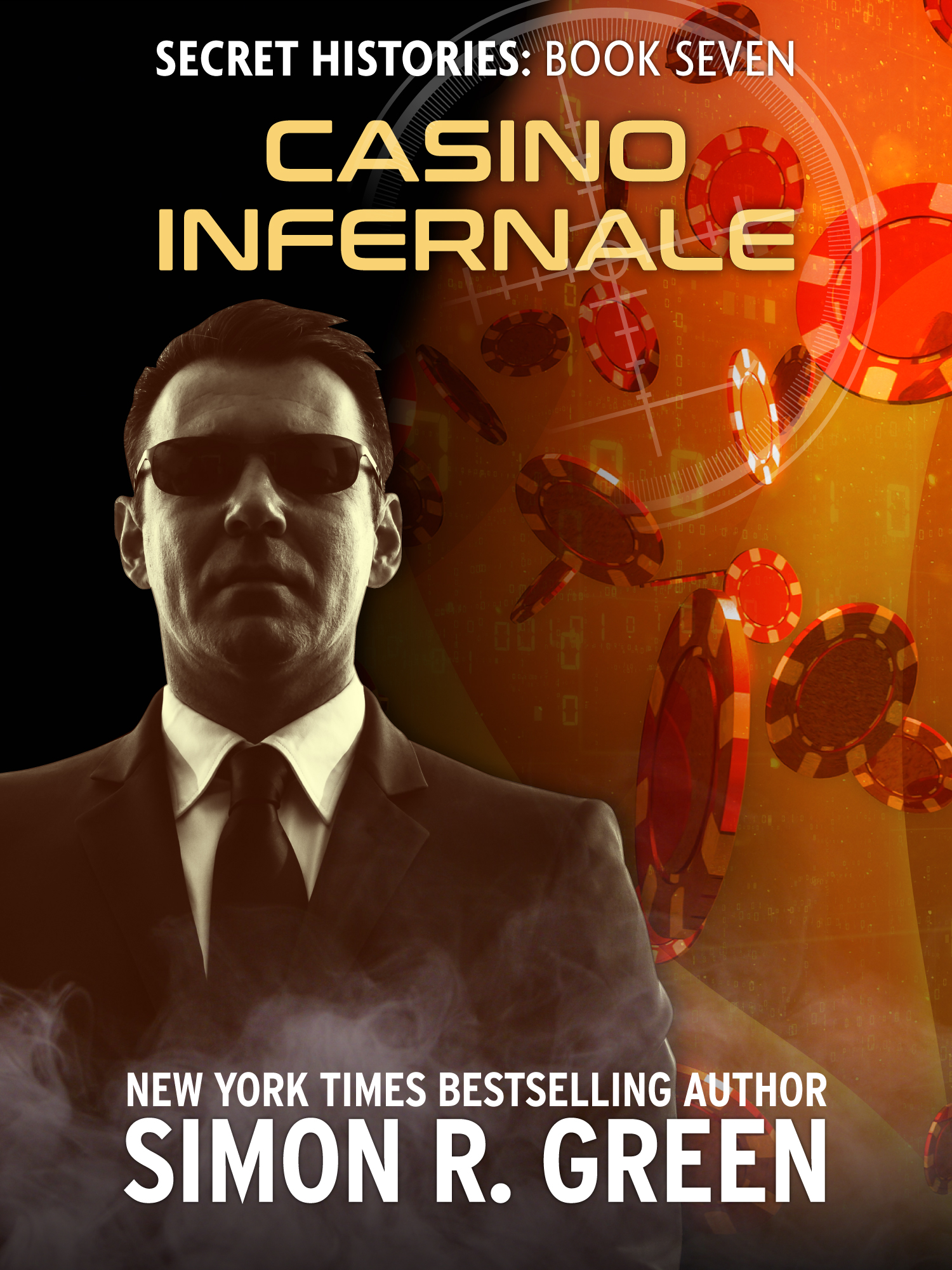 Paranormal secret agent Eddie Drood has never been one to shy away from risk. But in New York Times bestselling author Simon R. Green’s seventh Secret Histories novel, the smart-aleck spy is going to gamble far more than he can afford to lose…

Eddie Drood (aka: “Shaman Bond”) is on the outs with his capricious family. Nothing too disturbing, mind you. Just some old grudges, long-simmering lies, and the occasional assassination attempt, So, in the name of his own longevity, Eddie’s taking his talents freelance (a man’s got to earn a living).

But earning a living can get a lot closer to dying than Eddie would like. Under the auspices of the Department of the Uncanny, Eddie and his witchy love Molly Metcalf have been assigned to attend the Casino Infernale—a gathering of the most powerful, wealthy, and sinister supernatural super criminals hosted by the ever-enigmatic Shadow Bank. Eddie and Molly are to infiltrate the affair, toss some wrenches into the works, and take down the Bank once and for all.

Simon R. Green is a New York Times bestselling author whose works include Drinking Midnight Wine, Beyond the Blue Moon, Blue Moon Rising, The Adventures of Hawk & Fisher, and the Deathstalker series. He lives in Bradford-on-Avon in England.