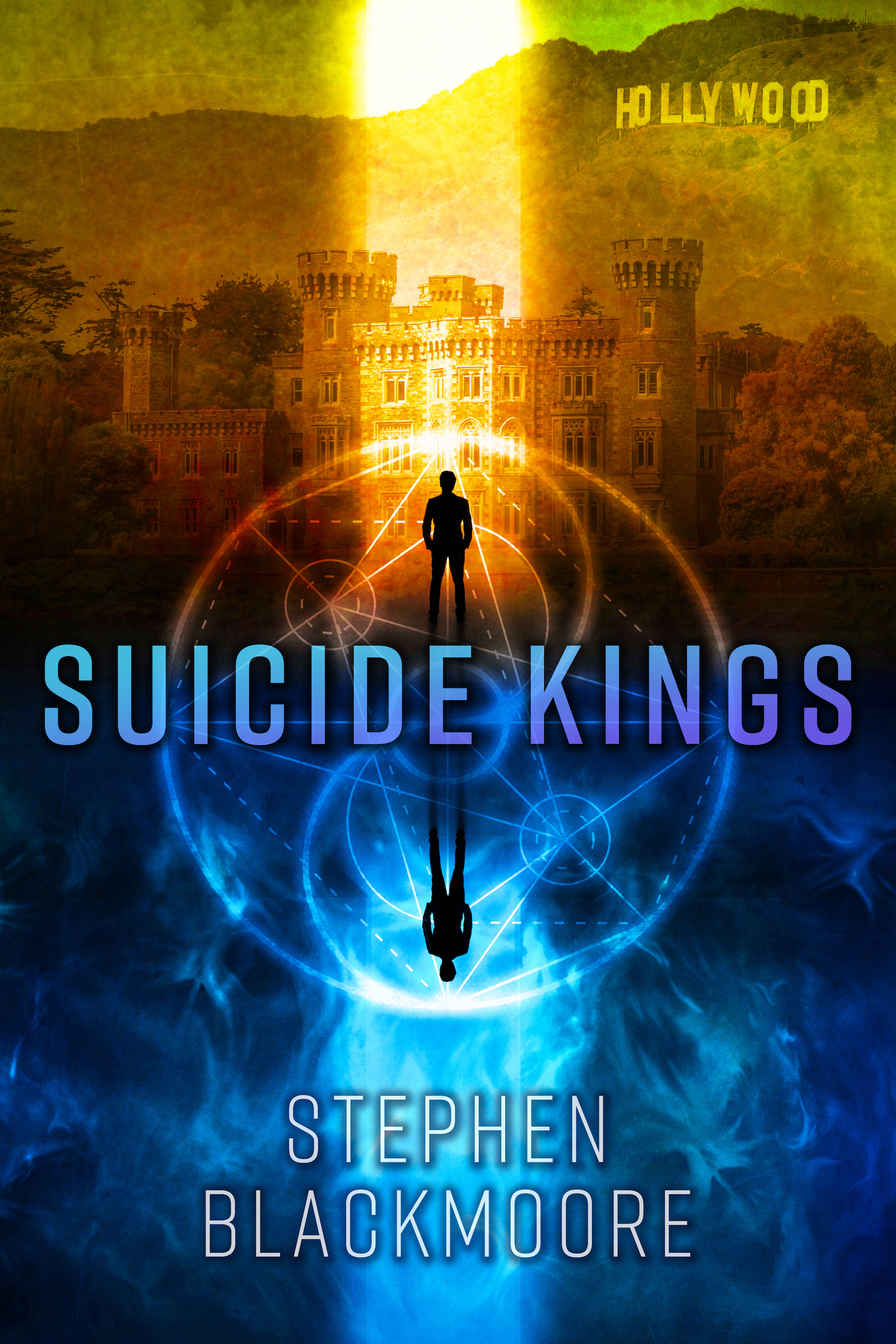 Being a necromancer is hard enough for anyone, but Eric Carter is far from just anyone. He died five years ago. Then he took the throne, powers, and personage of an ancient Aztec god. Then he was resurrected in his long-dead grandfather’s renewed body. So, he’s not too keen on taking on any more headaches.

Of course, that doesn’t last long.

Initially asked to investigate a gruesome murder, Eric is reluctantly dragged into a power struggle within the feared and revered Werther wizarding clan. The lone surviving heir is desperate to protect herself and her father’s legacy from an extremely violent takeover. And if she’s going to come out on top, she needs a merciless magic brawler with Eric’s guts, brains, and magical brawn.

But in this fight, all those things combined still might not be enough to survive.

Stephen Blackmoore is the Los Angeles-based author of the noir/urban fantasy Eric Carter series, including Dead Things, Broken Souls, Hungry Ghosts, Fire Season, Ghost Money, Bottle Demon, and the stand-alone City Of The Lost. He has written tie-in novels for the role-playing game Spirit of The Century (Khan of Mars), the video-game Wasteland 2 (All Bad Things) and the television series Heroes Reborn (Dirty Deeds), as well as part of the Gods and Monster series (Mythbreaker). His short stories can be found at Fireside Fiction, Plots With Guns, and in anthologies such as Urban Allies, Deadly Treats, Don't Read this Book, Uncage Me and many others.