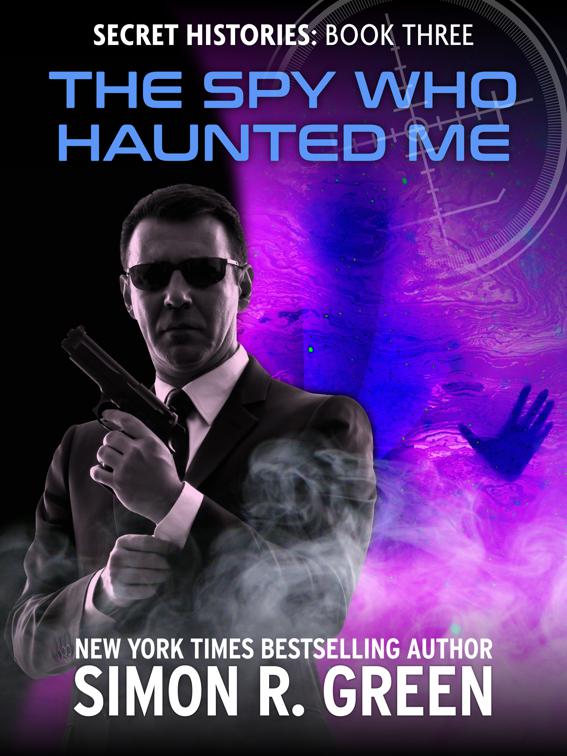 The Spy Who Haunted Me, Secret Histories

As part of a family legacy representing courage, determination, and the occasional dirty trick, Eddie Drood rather enjoys making his own rules—and breaking them. When it comes to facing down the darkest entities in creation and putting real boots to ethereal ass, he’s the best in the biz. Or at least one of the best. He thinks.

That’s why he’s been summoned to the deathbed of the one and only Alexander King—a living (for now) legend in the realm of otherworldly cloak-and-dagger operations. As an independent agent, King has managed to collect quite a cache of secrets, conspiracies, and evidence worth killing for and then some. And he’s putting the whole lot up for grabs in a twisted game of intelligence, skill, and survival.

Pitted against a selection of prime recruits from all over the supernatural spy game, Eddie is going to have to call on all his skills and dirty tricks, to come out ahead in the great spy game where only the quick and the cool survive. Because one of King’s prized secrets is going to help Eddie uncover a hidden threat within his own family…

“Bright, fast-paced…Eddie makes a likable hero, and fans will enjoy following him through this surprisingly complex mystery.”—Publishers Weekly

“Eddie gets to the bottom of things with style and a particularly cynical sense of humor. Series-spinner Green’s Drood books are fun, funny, and action-packed, and Eddie is one of his most entertaining creations.”—Booklist

Simon R. Green is a New York Times bestselling author whose works include Drinking Midnight Wine, Beyond the Blue Moon, Blue Moon Rising, The Adventures of Hawk & Fisher, and the Deathstalker series. He lives in Bradford-on-Avon in England.